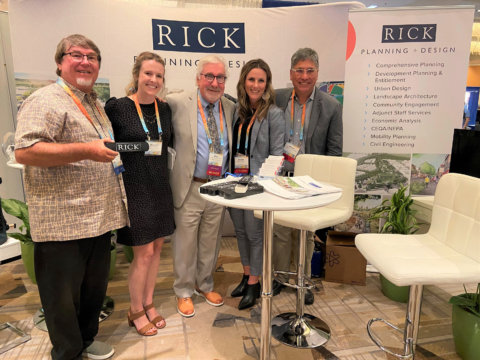 RICK participated in the American Planning Association (APA) Annual California Conference October 1st-4th, and Brian Mooney, FAICP and Brooke Peterson, AICP were honored to be featured as panelists. The four-day event was a success and attended by close to 2,000 APA members.

A networking and learning opportunity for California city and regional planners, the conference included special events, keynote speakers, mobile workshops, an exhibitor hall, and much more. As an ardent supporter of APA, RICK is thankful for the organization’s mission to create great communities. Attendees left the event inspired to excel in planning in the coming year.

Brian Mooney is a long‐time speaker at APA’s annual conferences and is on the APA Planners Emeritus Network (PEN) Board of Directors. He presented his film, Connecting Paradise, at the conference on Monday, October 3. The film explores San Diego’s historic visions by examining public planning strategies, from the beginning in 1908 through to today’s ambitious plans for the 21st Century, and covering issues of leadership and diversity and the role they played in San Diego’s development. It also highlights the role Glenn Rick played as the Director of Planning for San Diego from 1928-1955 and the development of both the City’s first zoning ordinance and Mission Bay. Brian’s session included a discussion with key participants of the film, and over 100 session attendees enjoyed the production! 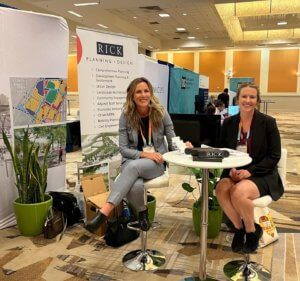 Brooke Peterson, a former APA San Diego Section Director, APA California State Chapter President, and Co‐Chair of the 2010 and 2018 APA California Conferences, also enjoyed sitting on a panel on Monday. She has been a part of APA’s Strategic Planning Workshop Team for five years and was excited to participate in a two-part, interactive workshop teaching strategic thinking skills for managing complex projects and plans using real-world examples. Participants applied strategic thinking techniques in table-top exercises, and trainers shared best practices. The program focused on real-life urban planning issues and the development of strategies to solve a variety of issues.

RICK also hosted a booth at the event, and other RICK attendees included Shannon Baer, Greg Mattison, and Jacqueline Saenz.

“The event was a great success, and the RICK booth was a gather point throughout the conference!”—Brian Mooney, FAICP, RICK Principal

APA’s role as the principal profession group for local agency planning departments and community development agency staff is highly valuable to members of the industry and the communities in which the organization operates. Thanks to APA and the many planners in California who took the time to share their legacy knowledge with the rest of the APA members. This year’s conference was one for the books.